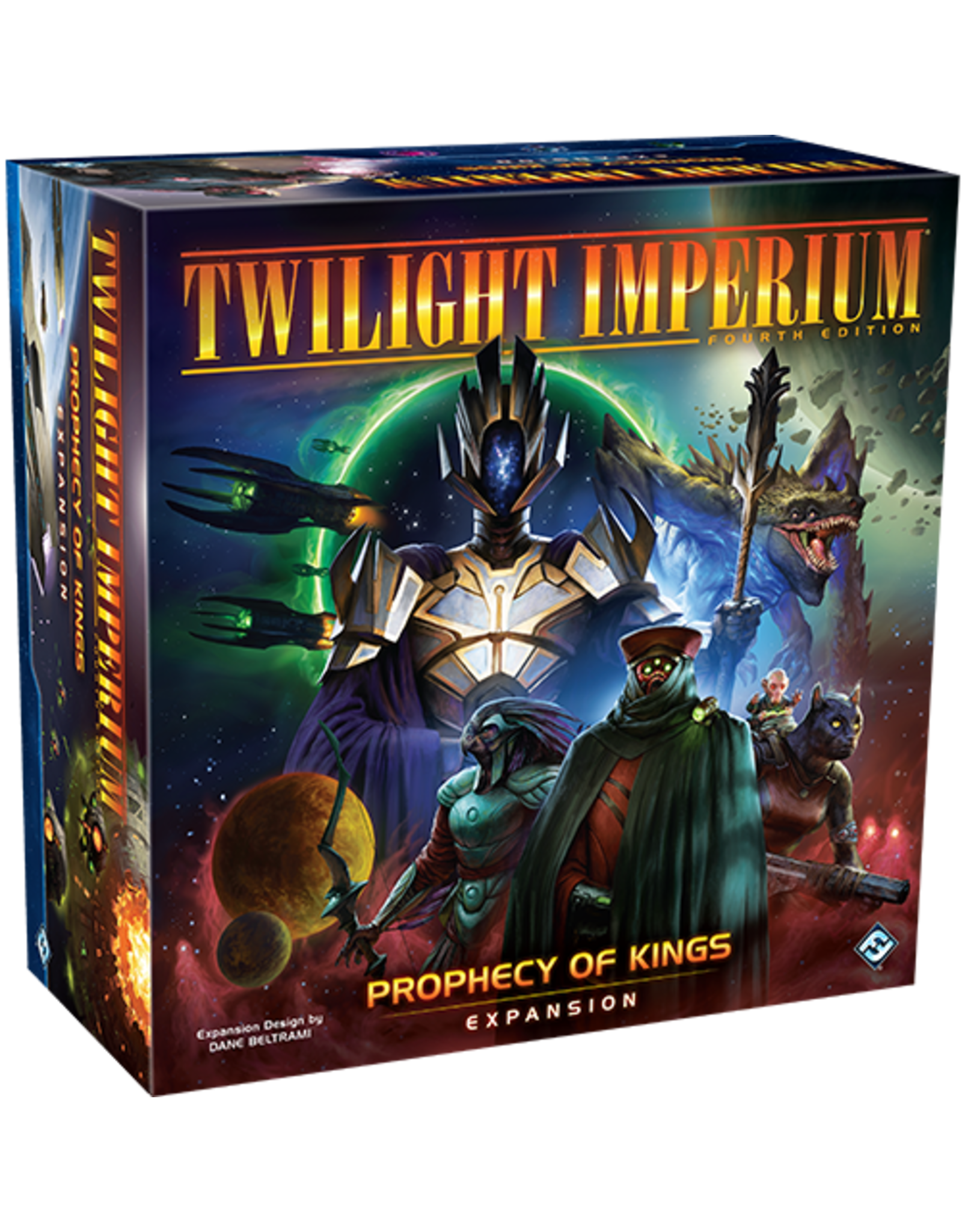 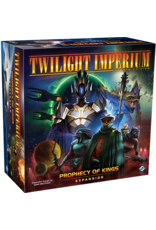 For the first time in years, a massive wealth of new content arrives for Twilight Imperium with the  Prophecy of Kings expansion, bringing additional content to nearly every part of the game. Two additional players can now join the galactic struggle, bringing the total player count up to eight. With seven never-before-seen factions and 40 new system and hyperlane tiles, there’s more to fight over than ever before.

The game’s existing factions also have plenty to gain from Prophecy of Kings with the introduction of 74 leaders and new mech units. New promissory notes, relics, exploration cards, action cards, agenda cards, objective cards, and much, much more, make this an expansion that can’t be missed for any Twilight Imperium player. 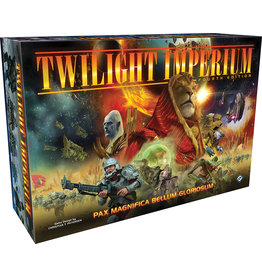